City Club Creates Conversation — Everyone Wants to be Heard

When it comes to creating conversation in Central Oregon, City Club of Central Oregon plays an essential role in helping our communities have dialogues about critical issues. City Club is a safe place to discuss a diversity of viewpoints without fear of judgment or retribution.

Leading City Club into the future is Kim Gammond. As a fifth-generation Central Oregonian, Gammond has helped lead organizations such Central Oregon Association of Realtors and the High Desert Museum in membership and community involvement.

“City Club is one of the few organizations that looks at the region as a whole. It is more important than ever to have safe, neutral space for conversation,” said Gammond. “We don’t have to agree with one another, but we do have to be willing to listen.”

“Kim has deep roots in Central Oregon, is well respected by so many people — and, importantly — values the role of representing different viewpoints and voices,” said City Club Board President Blair Garland. “Due to Joey Drucker’s dedication, City Club has grown to become a cornerstone of the community. Kim has the vision and organizational leadership skills to take us to the next level.”

Drucker has been City Club’s executive director since 2012, and is retiring at the end of October.

Over the years, City Club has collaborated with many other like-minded organizations such as the League of Women Voters (offering free candidate forums during election times), Bend Chamber’s Young Professionals Network and Better Together, to name just a few.

“In general, people all want the same things. Nobody wants poverty, hunger, global conflict. It’s the way we arrive at solutions that is different,” said Drucker. “I appreciate our courageous speakers who share their life and challenges to our forums’ audiences. City Club offers ways to have a respectful conversation and talk to each other rather than past one another.”

Like many nonprofits, City Club’s largest hurdle was navigating COVID-19. Drucker immediately pivoted to maintaining the forums via livestream on the City Club website with a partnership with Connect Central Oregon and OSU-Cascades. Each forum is recorded and available on the website. Even through the pandemic, City Club has remained viable due to a robust membership and ongoing community support, allowing the livestreams to remain free.

Eli Ashley, president of City Club in 2011 who hired Drucker, said, “Joey is unflappable and nimble when dealing with challenges. She’s always aware of the health and welfare for City Club. The transition to the new leadership will be flawless.” 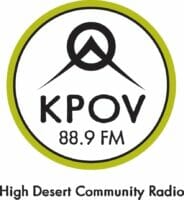