Continue the Conversation: Regional Resiliency – Planning for a Successful Future

February’s City Club forum tackled the hefty subject of resiliency. With record-breaking attendance and such a broad topic, you can imagine we had a plethora of unanswered questions afterward. We looped back around with Scott Aycock (Central Oregon Intergovernmental Council), Eric Corey Freed (Morrison Hershfield), and Michael Goetz (Oregon Citizens Utility Board) to talk overpopulation, power grids, and what can be done next. Let’s continue the conversation.

Q: Much of the discussion focused on symptoms of the fundamental issue of population. What should be done to address the problem of overpopulating the planet? 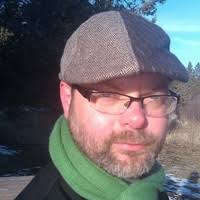 Local governments have very little control over population growth in general, nor over whether or not populations decide to move into a new community (e.g., Bend). However, globally, free education for all and equitable economic development have been shown to correlate very closely to reducing population growth rates.

What is probably just as important, however, is the consumption levels of individuals. For instance, developed country populations tend to use far more resources per capita than do the citizens of high population-growth poorer nations. I would question that population growth is not the core issue, but rather unsustainable consumption. 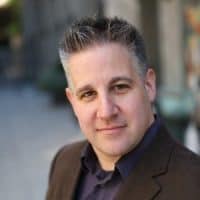 Overpopulation is part of the problem, but modern attempts to curb it have largely failed (China and India are extreme examples).
Regardless of population, we still cannot live within our means as a species. A good approach to this is to look at each region as its own area, with certain things in abundance, and other things in scarcity, and start to develop a plan that embraces what’s abundant. I do this with cities now using lots of tools. For example, we create an Asset Map, mapping out the socioeconomic, cultural, and physical assets of a region and finding opportunities for growth and partnership with them.

Q: What are the greatest threats to reliability for our power grid and systems? Especially for Central Oregon?

In the energy sector, there are a few main categories of risks and threats that require increased planning and preparedness. These include earthquakes, tsunamis, and the looming Cascadia Subduction Zone (CSZ) event in the western part of the state, both cyber and physical attacks to a utility’s system, and climate change which will continue to exacerbate both extreme storm and wildfire regimes. All of these events have the potential to disrupt electricity service to end-use customers. In an age in which we are increasingly reliant on electricity and digital communication to participate in daily life, outages like these can have substantial impacts. Utilities are taking a hard look at how to build more resilient power grids and systems to ensure that service can be restored after an event threatens the reliability of the system.

I will note that, in the energy sector, resilience is often conflated with reliability – a term of art with a precise definition in energy. All utilities are required to carry certain amounts of energy reserves, track the timing and duration of outages, and file frequent reports to demonstrate the reliability of their system. These standards are governed by NERC – the North American Electric Reliability Corporation. Generally speaking, resilience is the energy sector and the greater region’s ability to prepare for and adapt to changing conditions, and to withstand and restore energy delivery, critical services, and “life as usual” following non-routine disruptions that have to be severe in impact or duration.

For Central Oregon, while the impacts of the CSZ event may be lesser felt than on the western part of the state, many factors can threaten the reliability of the region. First, climate change. We do not need to look too far south to see how devastating the impact of climate change-accelerated wildfire can be. The fires in recent years in California have been devastating, and either by contributing fault to their spread or dealing with reliability-related fallout, the utilities (particularly Pacific Gas & Electric) have been at the forefront. Pacific Power has been taking a hard look at how to shore up their system to ensure it remains reliable in the face of widespread fire. Storms are also increasing in severity due to climate change, and large storms–particularly with ice and wind–can have a substantial impact on system reliability. Cyber attacks to a utility’s system can occur at any place at any time, so that can always be a threat, although, once again, the utilities are taking cyber security very seriously.

Q: How viable is geothermal energy for the Central Oregon area as a potential energy source?

Without commenting on the specifics of how viable geothermal energy is for Central Oregon since I am not a geologist, I will do my best to respond to this question from a high level regarding the feasibility of the resource and how utilities view its acquisition. Geothermal energy can broadly be grouped into two categories: geothermal electricity generation in which the heat of the earth is harnessed to spin turbines and generate electricity, and geothermal heating in which the earth’s heat can be used to heat water and/or air to provide heating for various facilities. The town of Lakeview, Oregon is an excellent example of an area using geothermal heat in municipal and commercial applications. Given its volcanic history, Central Oregon likely has access to both forms of geothermal energy.

Regarding geothermal electricity generation, I can speak about how utilities approach resource acquisition processes and the unique benefits and risks that geothermal can provide. Utilities like Pacific Power undergo resource planning in which they propose various portfolios to meet their forecasted demand, and stakeholders and regulators vet those portfolios to eventually select one that is both the least cost and least risk for customers. These generally include energy and capacity from a variety of sources–natural gas, wind, solar, storage, market purchases, geothermal, etc. A utility will only procure a resource if it is both the least cost and the least risk compared to all other resource portfolios examined.

Geothermal energy can have tremendous benefits. It can be a fantastic renewable energy baseload electricity source akin to a large coal or natural gas power plant–except clean. Having clean baseload electricity generation is incredibly important as utilities like Pacific Power bring more wind and solar onto their system. Since these resources are variable–there is no output when the wind isn’t blowing, or the sun isn’t shining–it is very important to have reliable baseload energy sources. Geothermal can do just that. However, it does have shortfalls that make it difficult to justify from the least cost/least risk planning perspective. Often times, geothermal is not cost effective. To find a reliable location to build a baseload geothermal plant, a lot of drilling occurs. Many of these end up being dry wells that are not viable. This is a very expensive process.

Further, many areas that may be viable for geothermal exploration are public lands, often with significant scenic value. This makes it difficult from a permitting perspective to justify geothermal exploration versus other competing land use cases. While new technologies and innovation may help make geothermal more cost-effective, it is not currently a widely-used source of electricity generation.

Q: What can our community leaders do now to assure our region establishes a cohesive and comprehensive resiliency plan? Is it at the City, County or Intergovernmental level?

Most of the dimensions of resilience – whether relating to natural disasters, infrastructure, health, economics/workforce, etc. – are at least partly regional in nature. For instance, wildfire smoke does not respect political boundaries, nor will a Cascadia Subduction Zone event. Central Oregonians routinely travel between communities for employment, education, health services, etc. To address resiliency best, we should create a regional framework.
A key challenge for this effort is defining it and focusing it. In other words, since resiliency is a concept that cuts across all dimensions – from the individual to the community to the region – and across most topics – from health to emergency management to economics to infrastructure to social services – what will be the usefulness of a resiliency plan?
Stay tuned, COIC will be taking the lead regionally, in exploring and developing a regional resiliency plan later in 2019.

Q: What do we do? What does the general population, the busy, hardworking community do to make a difference and push things along?

I know it can seem daunting, but a simple way is to demand more of our elected leaders. Central Oregon needs a comprehensive resiliency plan, so when ANY potential stressor or shock arises, you’ll know how to bounce back more quickly. We tend to only focus on the last big event (fire, flood, drought) that affected us. A larger plan would address all of the likely things that could disrupt your way of life. Contact your elected and demand they make a plan to get prepared!

Great question! The key is getting your community partners to dedicate precious bandwidth to this issue. In a rapidly growing region, it is challenging to get the attention of overworked staff in long-term matters like resilience. Bring up your resilience concerns (and hopes) at City Council meetings, planning commission meetings, or neighborhood association meetings. These are great ways for your voice to be heard, and for the topic to get on the radars of local government.

Do you have other ideas? Help us continue the conversation and take action…